Lentils are most popularly known as masoor in India are edible pulse . It is a bushy animal plant of the legume family resembles like lens- shaped seeds. There are varieties of Lentils, The most widely consumed in India are Red and Yellow Lentils. With about 30% of the calories from protein lentils have third highest level of Protein by weight of any legume. Lentils are relatively tolerant to drought and are grown throughout the world. Major Lentils growing countries are : Canada, USA, India, Turkey, Australia etc.

In India the main consumption pattern of Lentils is in the form of Dhals. There from is splited to Dhal by processing and is known as masoor dhal. Lentils are commonly used in Ethiopia in a stew like dish called kik. 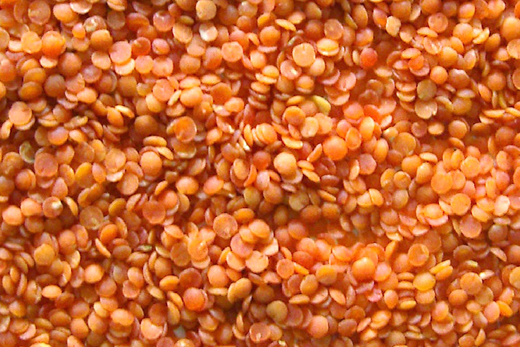