Papadums is a thin, crisp, disc shaped Indian food typically based on seasoned dough of black gram (urad flour) fried or cooked with dry heat. Flour made from others sources such as lentils, chick peas, rice can also be used. Papadums are usually served as an accompaniment to a meal in India or as an appetizer or snack. They are commonly known as papad. 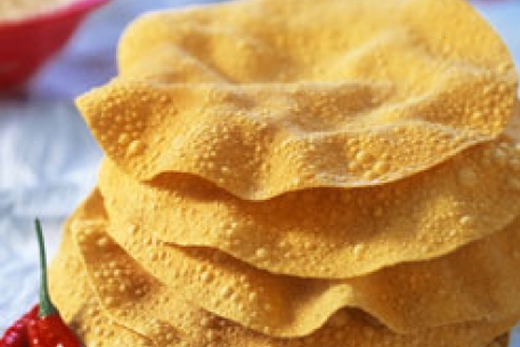