Tamarind is a leguminous tree in the family fabaceae which produces edible pod like fruit which are extensively used in cuisines around the world. Due to its various uses cultivation has spread round the world. The Tamarind is best described as sweet and sour in taste and is high in acid , sugar and calcium. It is mainly cultivated and consumed in Sudan, tropical Africa , Mexico and Asia.

The hard green pulp of young fruit considered by many to be too sour but is often used as a component to many savory dishes as a pickling agent . The ripened fruit is considered more palatable as it becomes sweeter and less sour as it matures. It is used in deserts as a jam and blended into sweetened drinks.

In turkey it is called demirhindi and consumed in form of sweetened drink. In Vietnam Tamarind is eaten fresh, procured into sweet, sour and sometimes spicy candy also being one of main ingredients in soup “canh chua” . Besides this Tamarind also has some medicinal uses. 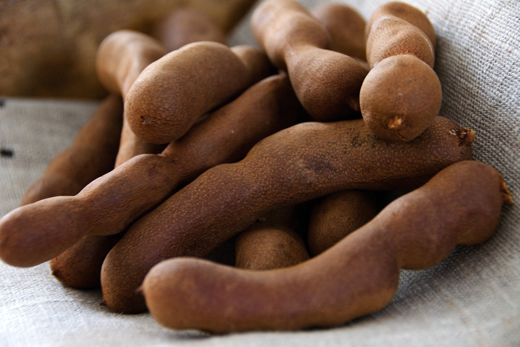